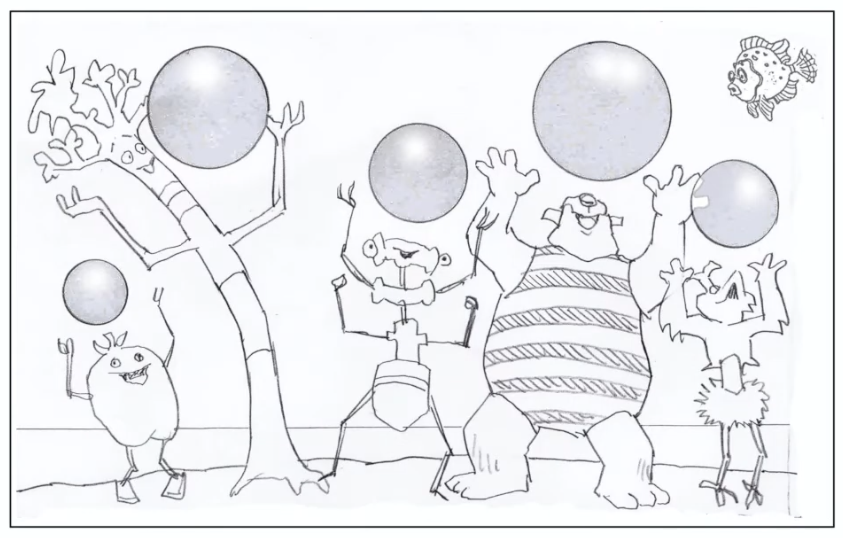 The Climate Critters storyboard, a sequence of drawings that displays the action in the story from start to finish, began being assembled in a snow-covered studio in a wintry Warwickshire.

It seemed as if the sun had heard the news because it began peeping over my shoulder to catch a glimpse of the Critter’s birthing.

The inspirations behind this film range from The Iron Giant and all of the Pixar movies, to the films of Miyazaki and his Studio Ghibli, in particular Spirited Away.

A new contender grabbed my attention recently: a lovely snow-filled story from Netflix called Klaus, directed by Sergio Pablos, the man behind Despicable Me.

I love the look of this movie, in particular the design of the backgrounds and the atmospheric lighting, inspiring the world!